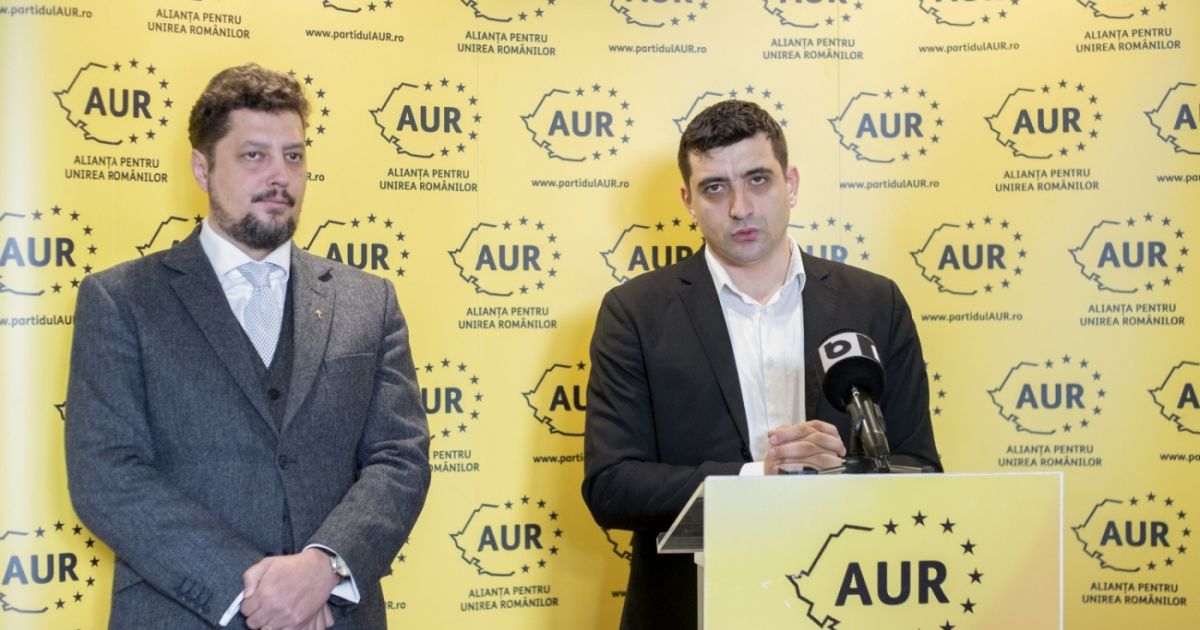 The Romanian conservative party The Alliance for the Union of Romanians (AUR) asks the General Mayor of Bucharest to reconsider the decision of allowing the LGBTIQ march on Victoria Avenue on August 14, and to ensure that the event is organized strictly in accordance with the law, without defying the Romanian society, the cultural and spiritual values ​​of Romanian citizens

Intimidated by the aggressive and provocative attitude of a few NGO-s militating in the sphere of LGBT+ already political activism, the Bucharest City Hall promptly gave in to all the claims of these organizations regarding the organization of this year’s Gay Pride Parade. Thus, the event will take place on Saturday, August 14, on Victoria Avenue, in illegal, defiant and discriminatory conditions against the entire Romanian society.

Firstly, it is discriminatory how the “Open Streets” project was suspended for August 14 to make way for the Pride event. Ongoing since May 29, the “Open Streets” project means turning the center of Bucharest into a pedestrian area on weekends and organizing various activities so that all residents, children and adults alike, can enjoy their city.

Secondly, both the date and place of the event and the public statements of LGBT activists are offensive. Victoria Avenue has a special symbolism in Romanian history and culture. After the gaining of state independence, the victorious Romanian Army marched here on its return from the Independence War in 1878.

Saturday evening, August 14, is another cardinal landmark for Romanian society – the liturgical beginning of the feast of the Assumption of Virgin Mary. The obvious defiance of the spiritual significance of this moment is stressed by LGBT activists, who declare publicly: “We do not accept that our march be reduced to the proportions of a street baptism.”

In addition to the offensive association of words, the organizers of the event defy the law. They consider themselves above it. This is the third aspect: illegality. By Decision 50 of 26.07.2021, the National Committee for Emergency Situations established that rallies and demonstrations can have maximum 500 participants. In addition, a protective mask, disinfection and social distance are mandatory. LGBT activists mockingly announce they want to have 10,000 participants, otherwise it would be “absurd and unacceptable”. Are we to understand that the law applies selectively?

And it is not a singular violation of the law. We know from previous years what Saturday march will be like. It will fall under Article 375 of the Criminal Code, which punishes outrage or offence against morality, more precisely: the act of the person who publicly exposes or distributes images that explicitly present a sexual activity or commits acts of exhibitionism or other explicit sexual acts. Let alone the fact that teenagers or even children will most likely participate in the march, which is also contrary to Romanian law.

In a society where there is only one law-abiding standard, and not a slimy amalgamation of standards – depending on who shouts louder, or on ideologically coloured political agendas – the approval of such an event must meet the same conditions as apply to all other citizens.

Besides, the 1961 Vienna Convention on Diplomatic Relations must be respected. According to art. 41, para. (1) and (2) of the Convention, an Ambassador has a duty not to become involved in a decision of the authorities of the host country. The text of the Convention does not specify anywhere that the Ambassadors of the United Kingdom are exempt from this duty”, transmitted AUR, the party led by George Simion and Claudiu Tarziu.